Lupe Pure Cordless Review – Is the Upstart's Cordless Upright Worth it? 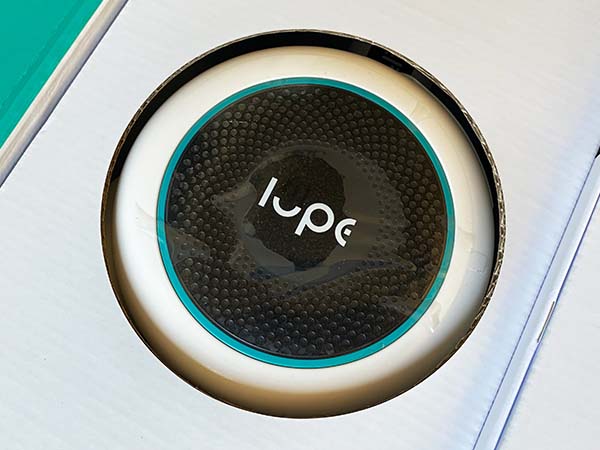 The Lupe Pure Cordless has succeeded at balancing design, performance, price and environmental impact. Many household could use the innovative Pure Cordless as their sole vacuum.

If you live in the United States and haven't heard of Lupe, that is likely because they're based out of the UK. Well, that and the fact that they've kept their heads down developing what they call "the cordless fully realised...finally". Read on to see if the Lupe Pure Cordless might be the next vacuum that both you and the environment love.

When we heard about the Lupe Pure Cordless, we were intrigued. A cordless upright? That can run for an hour? With incredible suction? It's environmentally friendly? We contacted Lupe and they were gracious enough to provide us a test unit for this review.

The Lupe Pure Cordless is better than most. Of course, with any product, there's areas where it excels as well as shortcomings to consider. As you make it through this review, you'll find there's a lot of the first, and few of the other.

First, we will dive into what we liked and what we think could by improved.

* We asked Lupe about hair wrapping around the brushroll and if they considered a powered upholstery brush. As it turns out, they are actively working on both. At the time of publishing this review, Lupe was in the process of developing an anti-hair wrap comb and a powered upholstery tool.

When the Lupe Pure Cordless arrived we quickly unboxed and assembled the vacuum. Handling the vacuum's various parts we noticed the fit, finish, design and final manufacturing were a major focus. Each piece feels not only well made, but well thought out. Quality is obvious, as is attention to detail.

After charging up the removable battery pack, we immediately gave it run on both hard flooring and low pile carpet. Those claims Lupe and their owners make about its suction? Their not claims. You can immediately tell the Pure has more than its share of suction power. The low setting seemed better-than fine for normal use.

On both hard and carpeted surfaces, the Pure Cordless did a great job. Period. The vacuum performed well and had us a bit perplexed. Should we be comparing this to upright vacuums or cordless vacuums?

Wow. There are three suction modes on the Pure Cordless. Lupe calls them Eco, Normal and Max. We don't think anyone would have balked if they called Max mode Ludicrous Mode instead.

What brought us to this thinking is by design. The Pure Cordless wasn't made to be a better stick vacuum or a better upright. It was designed to be a better cordless vacuum. To Lupe, that means better performing, better run time on a charge, better longevity and better for the environment.

The vacuum has three modes of operation, all familiar. The first is as an upright and how most will use the Pure Cordless the majority of the time. The second is a hose mode. This just requires removing the flexible tube from the cleaning head and selecting an attachment. The third is a handheld mode. Switching to this modes takes under a minute once you have done it before.

First, the body of the vacuum is removed from the powered cleaner head. Next, the flexible tube and handle are disconnected and reconfigured to function as an extension wand. Finally, connecting an attachment completes the switchover.

There are two attachments that can be used in hose and handheld mode: a multi-function crevice tool and an upholstery accessory tool.

What's it like to use the Lupe Pure Cordless?

To those who usually use a stick vacuum, the Pure Cordless feels like a different experience, as it should. The weight is distributed opposite of a stick vacuum where the bulk of the weight is at the top, or where you hold the vacuum.

The lion share of the Pure Cordless' weight is closer to the cleaning head. It's immediately apparent when you compare picking up the vacuum to actually using it. Its lower center of gravity gives the heavier Pure a sure, steady feel. When compared against a cordless stick vacuum, there is definitely more weight, it's just not a burden on the user.

When compared with an upright vacuum, the biggest surprise will be that a cordless vacuum has this much suction. Another observation will be that the cleaning path width is narrower than what you'd expect in an upright. At 9 inches it's narrower than most, but not all. We didn't find this to be a deal breaker. And, at 9 inches, the brushroll is the same size as 99% of cordless vacuums.

Wow. There are three suction modes on the Pure Cordless. Lupe calls them Eco, Normal and Max. We don't think anyone would have balked if they called Max mode Ludicrous Mode instead.

We replicated Lupe's usable suction test (they call it their useful suction test) and the Pure does produce a better result than any other cordless vacuum we've tested to date. At the time of writing this, our test set was limited, but includes respectable vacuums including Samsung's Jet 75 (read our Samsung Jet 75 review) which has the same motor and suction as the Jet 90. We've recently reviewed Dyson's V15 Detect, too.

So, while we don't have a full battery of competition to compare against, the Lupe Pure is more than holding its own against vacuums you'd expect to challenge it.

Battery life was as-advertised, too. We had no problem getting an hour of vacuuming in while using Eco mode. On Medium and Max modes the battery just outlasted Lupe's advertised 30 and 15 minutes of battery life.

We liked that the Pure Cordless' battery can be charged on the vacuum or off. We didn't see the need for a second battery, but adding one would double run time.

Vacuuming on hard flooring vs. carpet

On both hard flooring and carpet the Lupe Pure handled everything we threw at it. This is due to the incredible suction and cleaning head design.

In fact, in between test runs of other vacuums, we used the Lupe Pure Cordless to suck out any leftover sand the other vacuums left behind.

On some area rugs we did find the Pure Cordless could track funny. When we say track funny what we mean is that, although the cleaning head would move forward as directed, when pulling backwards it would sometimes choose a path at an angle as opposed to coming straight backwards.

When this happened, it was only on certain runs, most being area rugs and not wall-to-wall carpeting.

We chalked this up to the rugs being of cheaper quality and possibly the brushroll interacting with the carpet's weave when moving backwards. With higher suction, the Pure can create a vacuum (no pun intended) on some longer pile carpets, too.

The Lupe Pure has 4 levels of bagless filtration, two cyclonic and two filters. Both the pre-motor and HEPA filters are lifetime washable. Lupe also sells replacements if you do ever need a new one.

Whether you call it a dust bin or a dirt bin, one thing is for certain: it's big. How big? One liter which is approximately 34 fluid ounces.

Of course, for HEPA filtration to be of value, the vacuum itself has to be well sealed, which the Pure Cordless is.

The Pure Cordless did very well in our cleaning tests. Our aggregate scores below take into account multiple testing methods on each surface type.

One note is that longer hair (8 inches and longer) did tend to get wrapped around the vacuum's brushroll. Fortunately removing the brushroll is easy, just requiring a counter-clockwise turn with a coin or a key. As we mentioned earlier in the review, Lupe confirmed that an anti-hair wrap comb is currently in development, too.

We mentioned maneuverability already and our tracking issue on a specific carpet. Generally speaking though, the Pure Cordless gets around as expected. You definitely don't toss it around like an ultra-light stick. You can feel the vacuum's weight, but it is not difficult to direct the vacuum where you want it to go.

One thing that all uprights are challenged by is low furniture. The Pure Cordless' form factor has the same limitation as any upright would. It isn't possible to vacuum under furniture which is very low. But, this isn't a knock on the Pure Cordless, but something we felt had to be stated as people are often deciding between the Pure Cordless and one of the innumerable stick vacuums on the market as opposed to an upright.

Standing two feet from the vacuum noise was measured at 74dBA in Eco mode, 77dBA in Normal mode and 84dBA in Max mode suction mode. This is on the louder end of the spectrum when compared with other cordless vacuums and corded uprights. In Eco and Normal mode it didn't seem noticeably loud, but there is a noticeably higher pitch when using Max suction.

Lupe Pure Cordless at a glance

Not a good company, a great company

Lupe is a bit of a unicorn among its peers when it comes to their committment to the environment. Here's a highlight reel that obviates that case:

Need more? They're also pro-employee growth and safety, and contribute to both local and national charities.

Value for the money

The Lupe Pure Cordless MSRPs for $799 with a single battery. Considering the performance of peer vacuums, if you're going cordless, that price fits the high-performance set. In the time between receiving our Pure Cordless and publishing this article, we've seen more than one savings event on the Pure Cordless and discounts have been generous. The price sensitive can save by periodically checking their website.

We also wanted to mention that there is more to consider than the one-time purchase expense. First, many vacuums have a short lifespan due to cost-saving manufacturing or planned obsolescence. Withing naming the manufacturer, the first stick vacuum I owned made it 3 years before being retired. The next model, a supposed improvement over the first, didn't make it that long.

There was a time when products were made to last a theoretical forever. For most manufacturers, that time has come and gone.

Lupe's Pure Cordless was made to last and that's worth something. It's not the most profitable approach, it's the right one. And, with a few years under their belt, owners have awarded the vacuum 4.5 stars out of 5 on their website. Take into consideration that consumers are far more likely to lodge a complaint than to take the time to affirm a product's finer points.

Lupe and the Pure Cordless are refreshing on several fronts. Creating an innovative, high performing product that is built-to-last and better for the environment is a tall order. With the Pure Cordless, Lupe has made a big statement.

Looking for a powerful cordless vacuum? The Lupe Pure Cordless should be on your short list. Looking for a vacuum that is powerful, well made and from a company that isn't just environmentally conscious, but actively working on their environmental goals? You need not look any further.

Learn more about Lupe and purchase the Lupe Pure Cordless vacuum at their website.

We again wanted to reiterate that Lupe provided us the Pure Cordless to review. While it is greatly appreciated, a manufacturer's generosity does not affect the results of our standardized testing or recommendation regarding any product.