When purchases are made through links on our site we may earn an affiliate commission. As an Amazon Associate we earn from qualifying purchases. The price you pay is the same.
iRobot
Roomba 960
iRobot
Roomba 980
Rating
85.9
Good 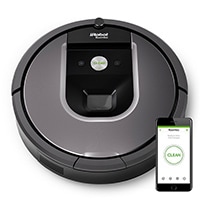 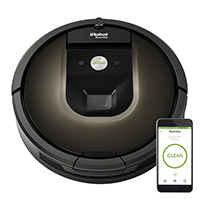 Choosing between iRobot's Roomba 960 and 980

When comparing iRobot vacuums, iRobot’s 960 and 980 seem to be nearly identical. So, what justifies the steep price difference between the two?

Differences between the Roomba 960 and 980

There are four differences between these two robot vacuums.

Second, the bigger motor in the 980 deliver 10x the suction of earlier models thanks to its AeroForce 3-Stage Cleaning System. The 960 also has AeroForce, just with 5x the suction power when compared with the same previous models.

Third, with the 980 iRobot introduced Carpet Boost. Carpet Boost bumps up the power when the robot realizes it is vacuuming carpeted surfaces. The 960 is a predecessor of the 980 and lacks Carpet Boost altogether.

Finally, the 980 runs for signficantly longer before needing to return to its base and charge. At their most economical settings the battery will last 120 minutes. In contrast, the 960 will call it quits after 75 minutes of cleaning.

Both iRobot vacuums are a good choice. They have aged a bit, but they do their job relatively well. So, is the price increase for the 980 worth it? If you have a larger area to clean, have a home with dogs and/or cats, or just feel you need the most suction power possible, go with the Roomba 980. If you don’t need as much heft the Roomba 960 is a good choice with a value price.

It you're set on an iRobot and arrived at these Roombas while doing research but haven't looked into the iRobot Roomba i7 you should. The i7 is a much newer (and better) robot from iRobot.

Compare the dimensions, color and other physical characteristics of these two robot vacuums.

Compare the sensors and navigational aids each robot vacuum uses to move and assess floor surfaces and condition.

Run and recharge time for each robot vacuum cleaner in the comparison.

The cleaning modes each robot vacuum in the comparison is equipped with.

Cleaning characteristics for each robot vacuum cleaner including its filter, cyclonic action and if it is rated for use in homes with pets.

If and how each robot vacuum integrates with mobile apps, smart home platforms and other technologies.

The surfaces each vacuum cleaner is capable of cleaning.

The manufacturer warranty and certifications for each vacuum. 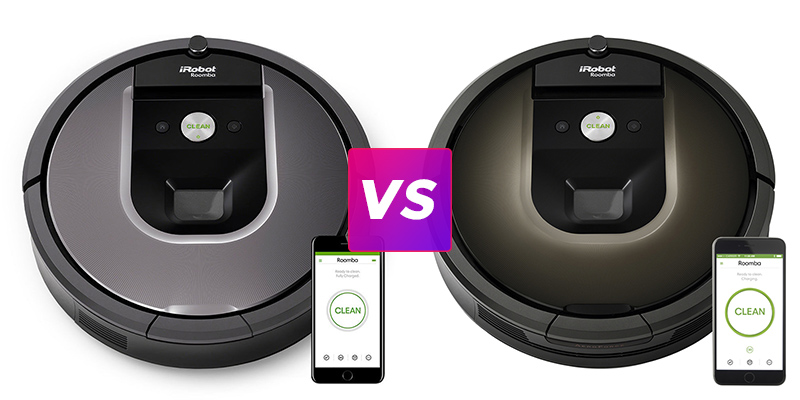